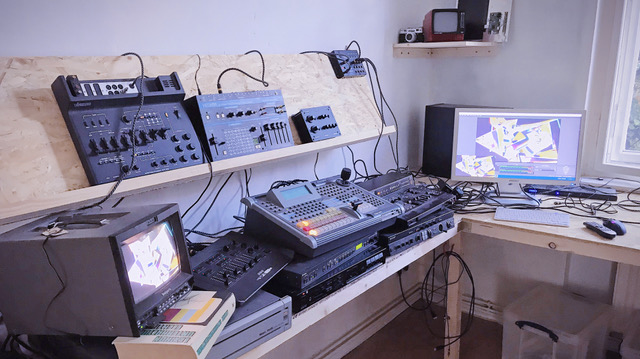 (1) How did you get started as an artist/how has your style developed?
Initially as a VJ I’d made an AV system for synchronising sound and visuals. However I found frustrating the tech-demo approach, where having a really powerful GPU was important. So I started picking up old analogue video gear as a way to create material I could splice together and blend live. It then spiralled from there: collecting old analogue video equipment, hooking them up in different ways, modifying them, and writing custom software. Nowadays I work with lots of different technology, but this DIY approach is still intrinsic. Stylistically I’ve become interested in video as a form of live-painting, and exploring how it can create synaesthetic or altered states.
(2) How did you let Earl Grey’s music inspire your ideas?
I grew up listening to dnb and was lucky to be around people who could give an education (on my 12th birthday, a copy of krust warhead). So in cheesy way, it’s always inspired me. Earl Grey’s music I’ve been following and is part of threads and styles of breakbeat music that are close to my heart. Now I live in Germany, it’s one of the main things I miss about the UK, and what I’m listening to regularly. 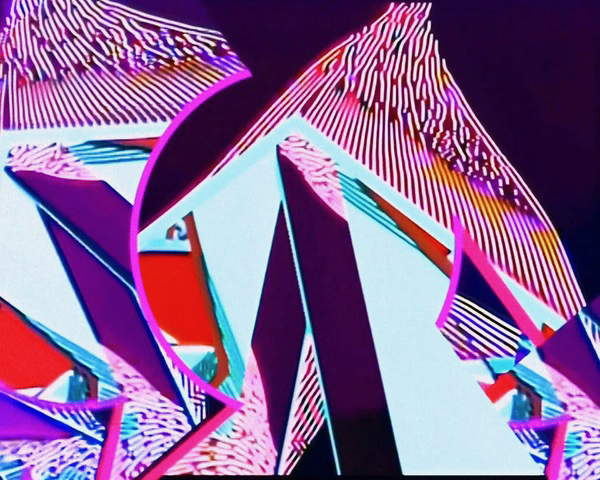 (3) How did you and Earl Grey work together to make the visuals complement the music so well?
Ordinarily I’ll be somewhere along a point trying out a new technique or experiment, so the result will be a reflection of that. With the equipment set up, its quite improvisational and meditative – listening to the record and seeing what comes out, so that we have quite a bit of source material to work from. For Earl Grey’s video our preferences and perspectives aligned so that process flowed nicely.
(4) Would you be able to describe the process behind the creation of the visuals?
Usually lots of de-tangling and plugging-in of composite video cables – sometimes with a signal-flow diagram I’ll draw out, or via a patching bay. Then a process of moving between various analogue video mixers, processors and TVs to tweak and effect feedback loops and signal chains. Each is pretty idiosyncratic and limited on its own, but together form a larger composition that is constantly evolving. 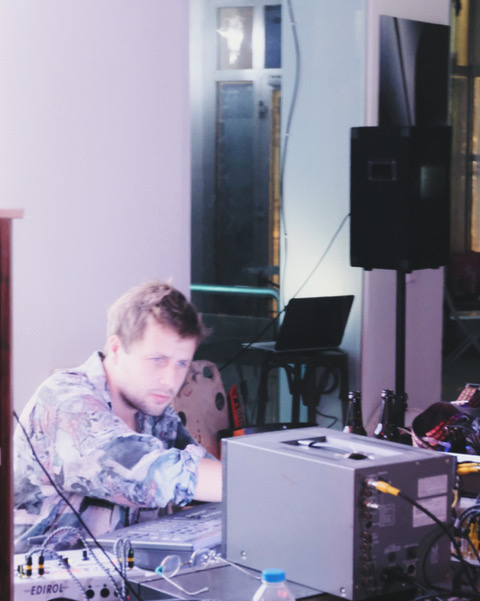 Earl Grey ‘French Exit’ is avalible to stream worldwide. Secure your heavyweight 12″ vinyl from Inperspective Records Bandcamp!
Sign up up to our Newsletter
design +   development
svs.design
We use cookies to ensure that we give you the best experience on our website. In order to get the full experience you will need to confirm that you are happy with this.YesNoPrivacy policy
Change Cookies Settings